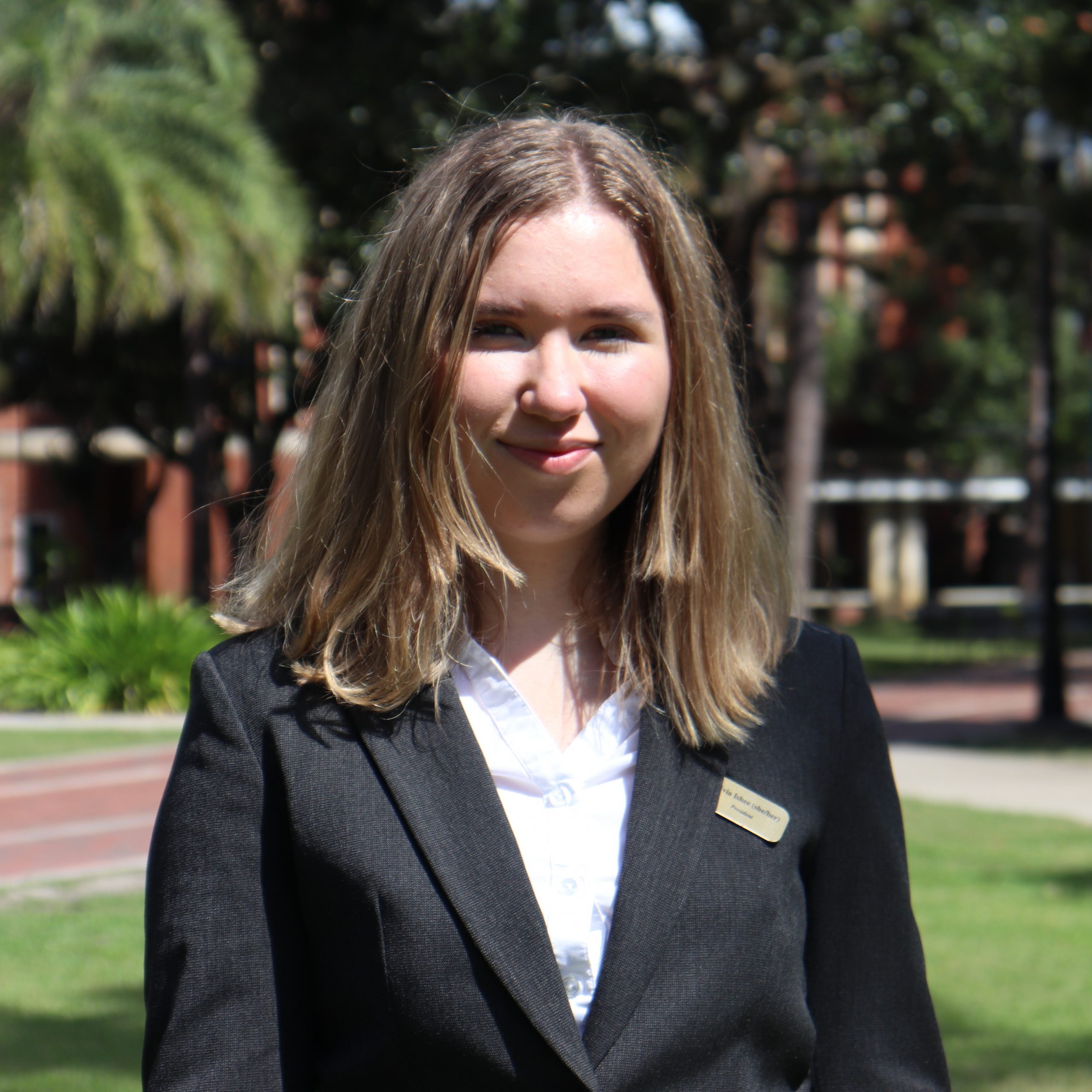 Alivia is a third year double majoring in Chemistry and Microbiology from Washington D.C. She plans to get a PhD in Virology and research the mitigating virulence of respiratory viruses. She likes to game, watch anime, play the piano, and look at frogs on the internet. Also, she’s lived in 3 countries. Alivia researches biomolecules and natural products in a medicinal chemistry lab. She loves Chem Club because of the community: everyone is passionate about science and it’s easy to socialize. 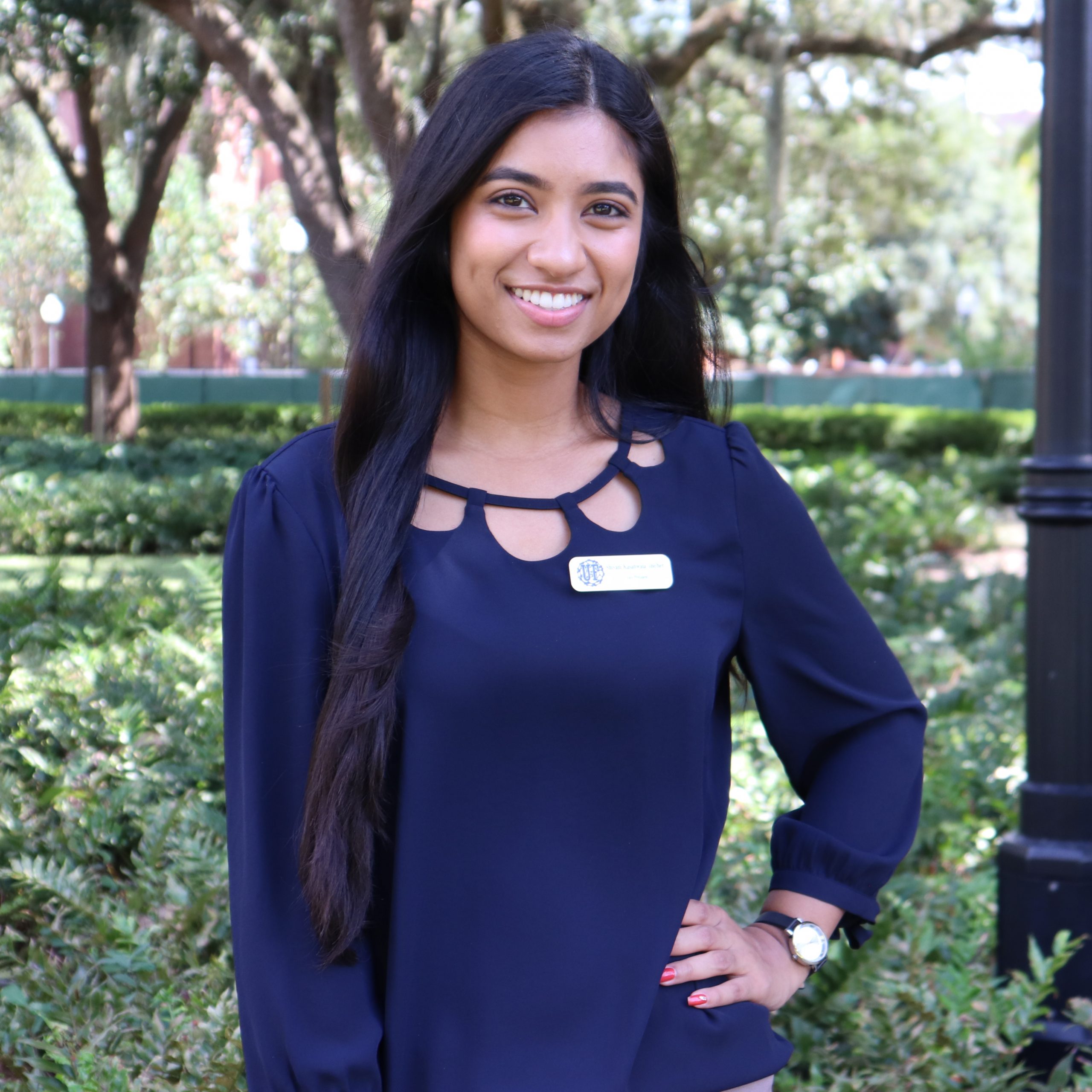 Shivani is a fourth year Nutritional Sciences major with minors in Food Science and Health Disparities from Orlando, FL. She wants to become a pediatrician. Shivani likes drawing and loves gardening; she’s also a vegetarian. Shivani is a member of Be The Match, a club that encourages students to become bone marrow donors. She joined Chem Club her freshman year and stayed because of the friends she made and her love of chemistry. 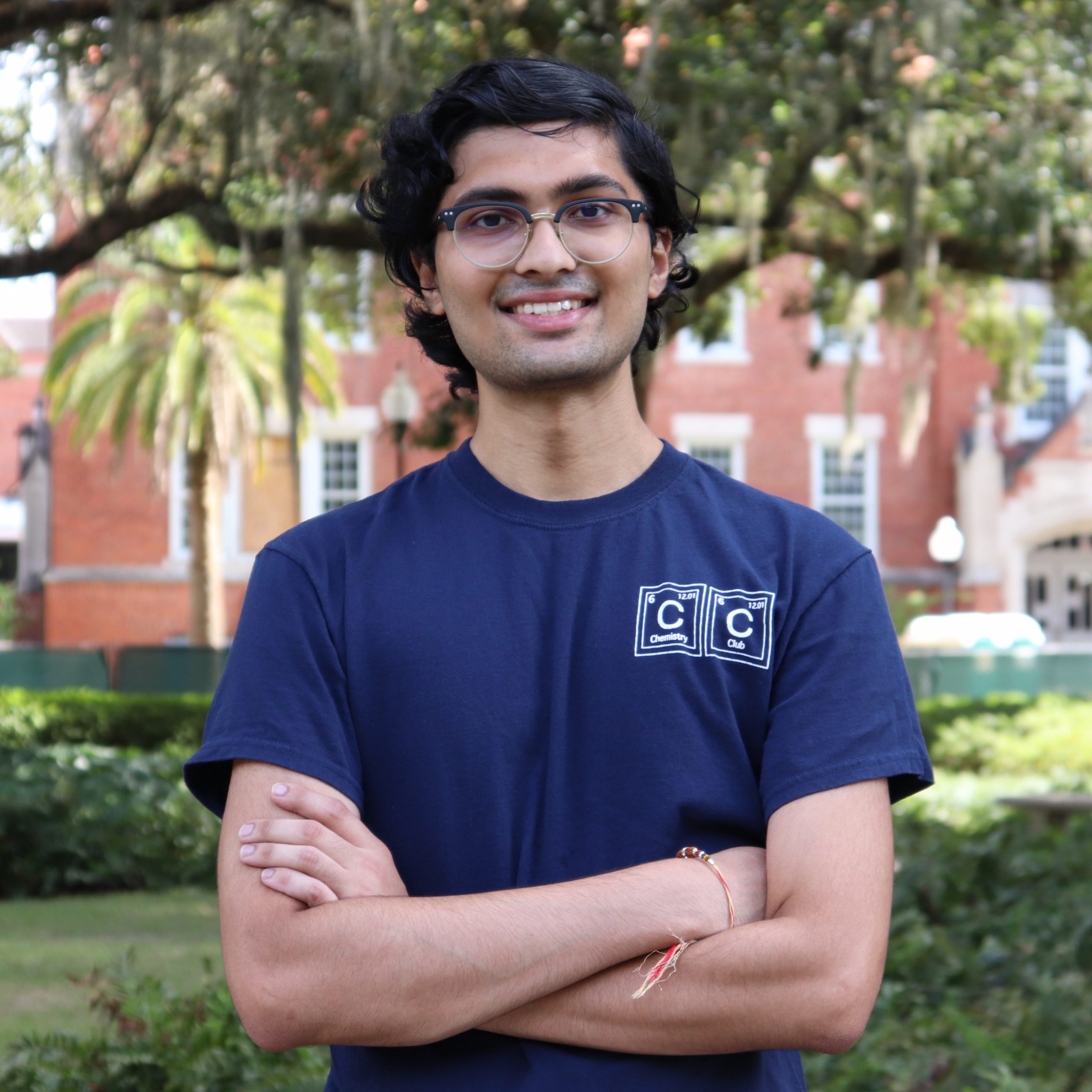 Dhairya is a fourth year Microbiology major with a Health Disparities in Society minor from Jacksonville, FL. He is an aspiring medical student. Dhairya loves playing chess & tennis, competing in Valorant, and watching anime. He is the coordinator of a regional science bowl, a member of APSA and UF Chess Club, and volunteers for Aces in Motion. Dhairya joined Chem Club because of his TAs from CHM2047, his love for chemistry, and the familial environment of the club. 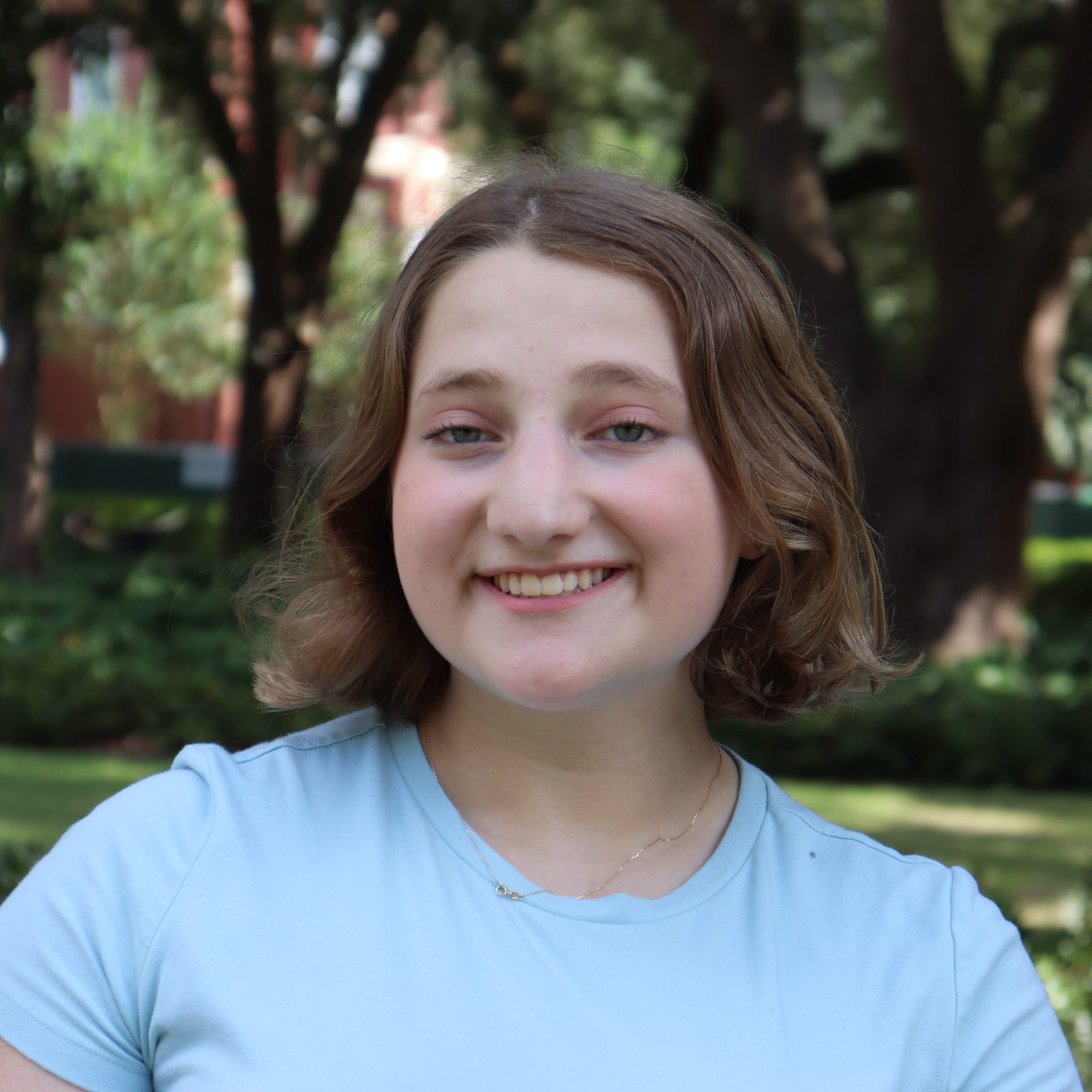 Ally is a first year Wildlife Ecology and Conservation major with a pre-veterinary focus from Wellington, FL. She is an aspiring vet student. Ally loves taking pictures and videos of the world, watching theatre shows, watching YouTube, and listening to music (so much so that she has a song for any situation). She’s also involved in the Society for Conservation Biology. Ally joined chem club because she enjoyed the experiment demonstrations and thought it would be fun to get involved. 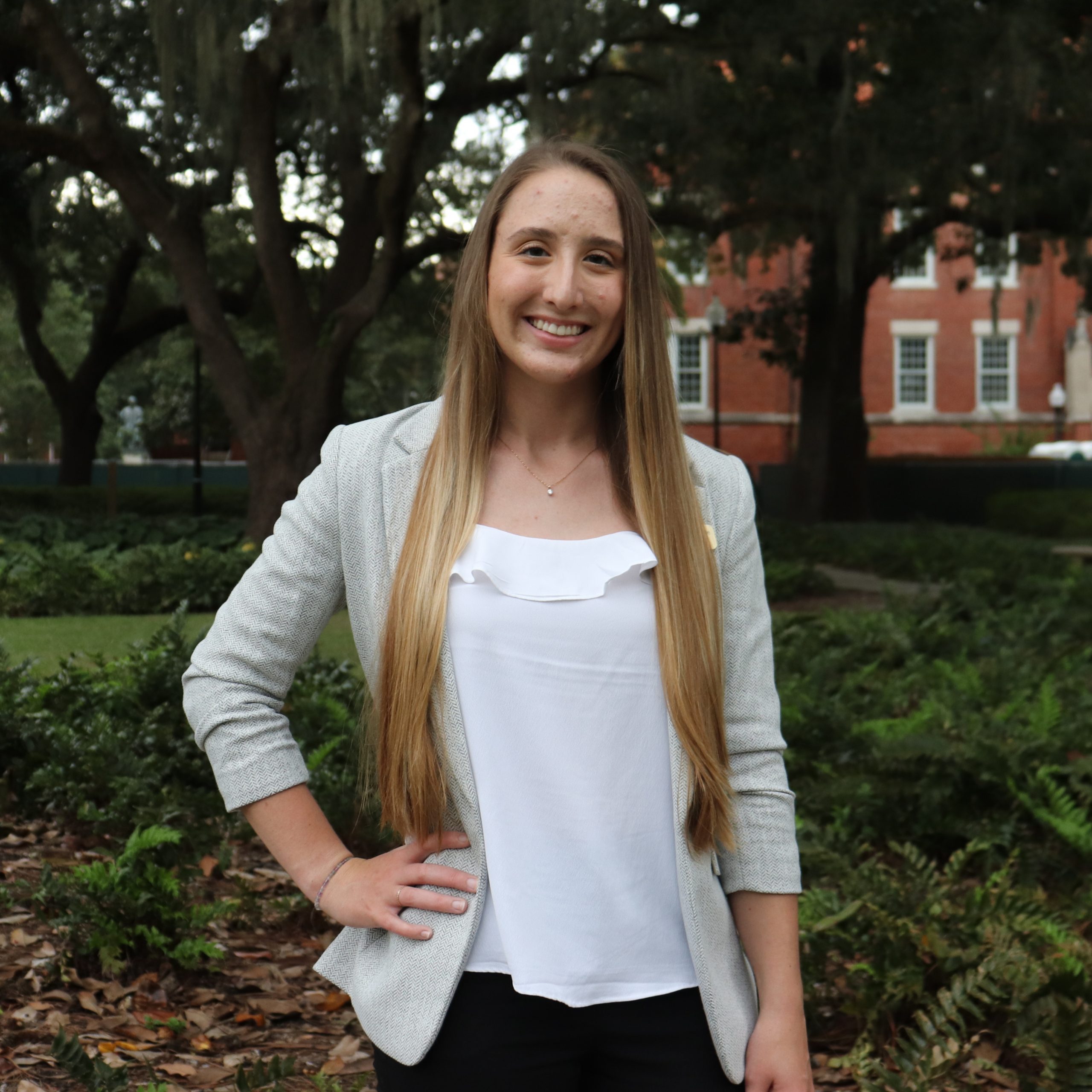 Lauren is a second year Biochemistry major with a minor in Spanish from Sarasota, FL. She wants to pursue an MD/PhD with a focus on surgery and cancer research. Lauren likes weightlifting, playing with her dogs, and watching Criminal Minds©. She researches therapeutic drug delivery using exosomes in cancer treatment. Her TAs for CHM 2047 recommended the club in her first semester of college, and she became passionate about the club and Outreach. 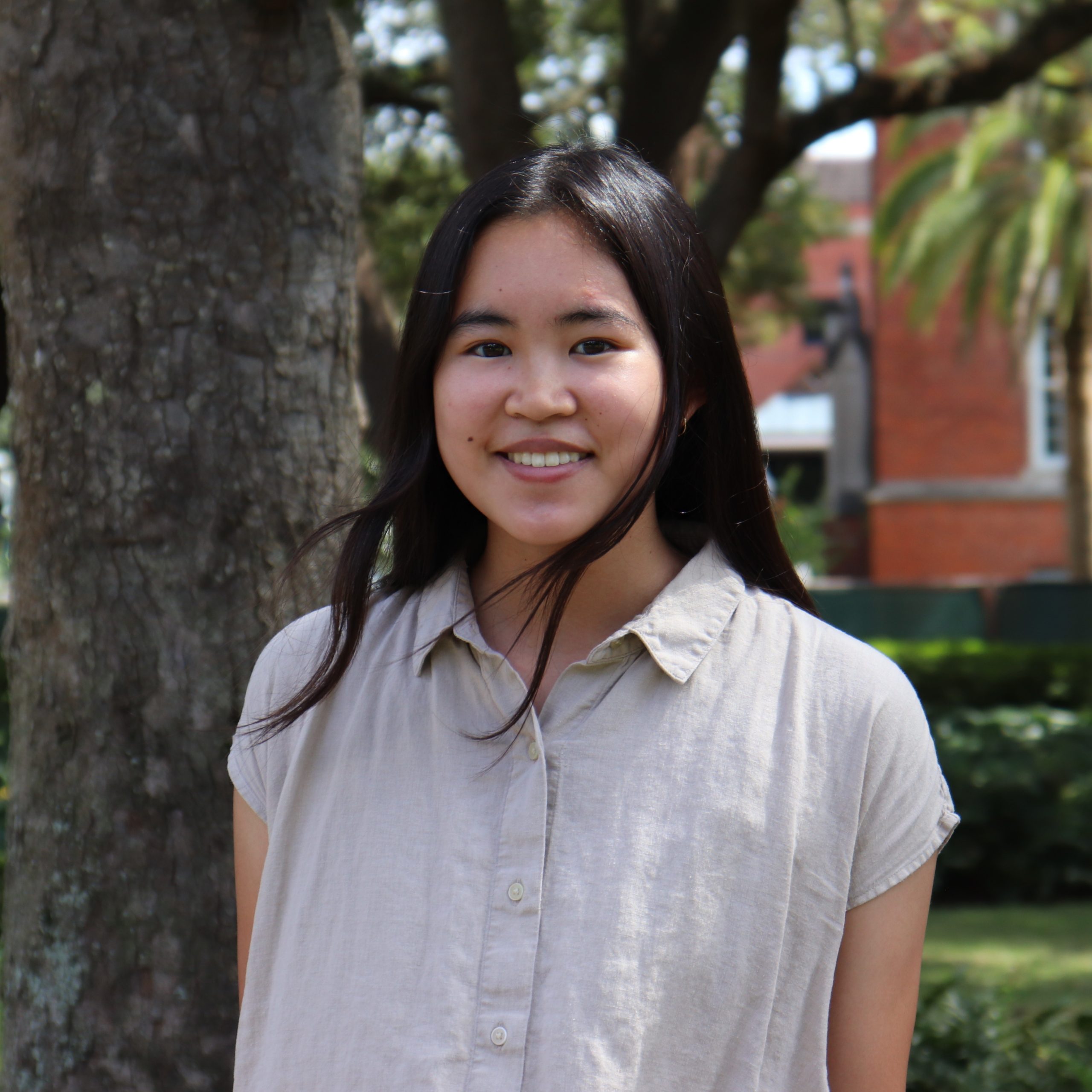 Nicole is a second year Biochemistry major from Houston, TX. She likes to bake bread, read, and go to the gym in her free time. Nicole does research on the cognitive mechanisms of aging, is involved in APSA, and is a volunteer with Kids Count and Children Beyond Our Borders. Nicole originally joined Chem Club to volunteer in the Outreach program; she loves outreach and enjoys the socialization as well as the professional development aspects of Chem Club. 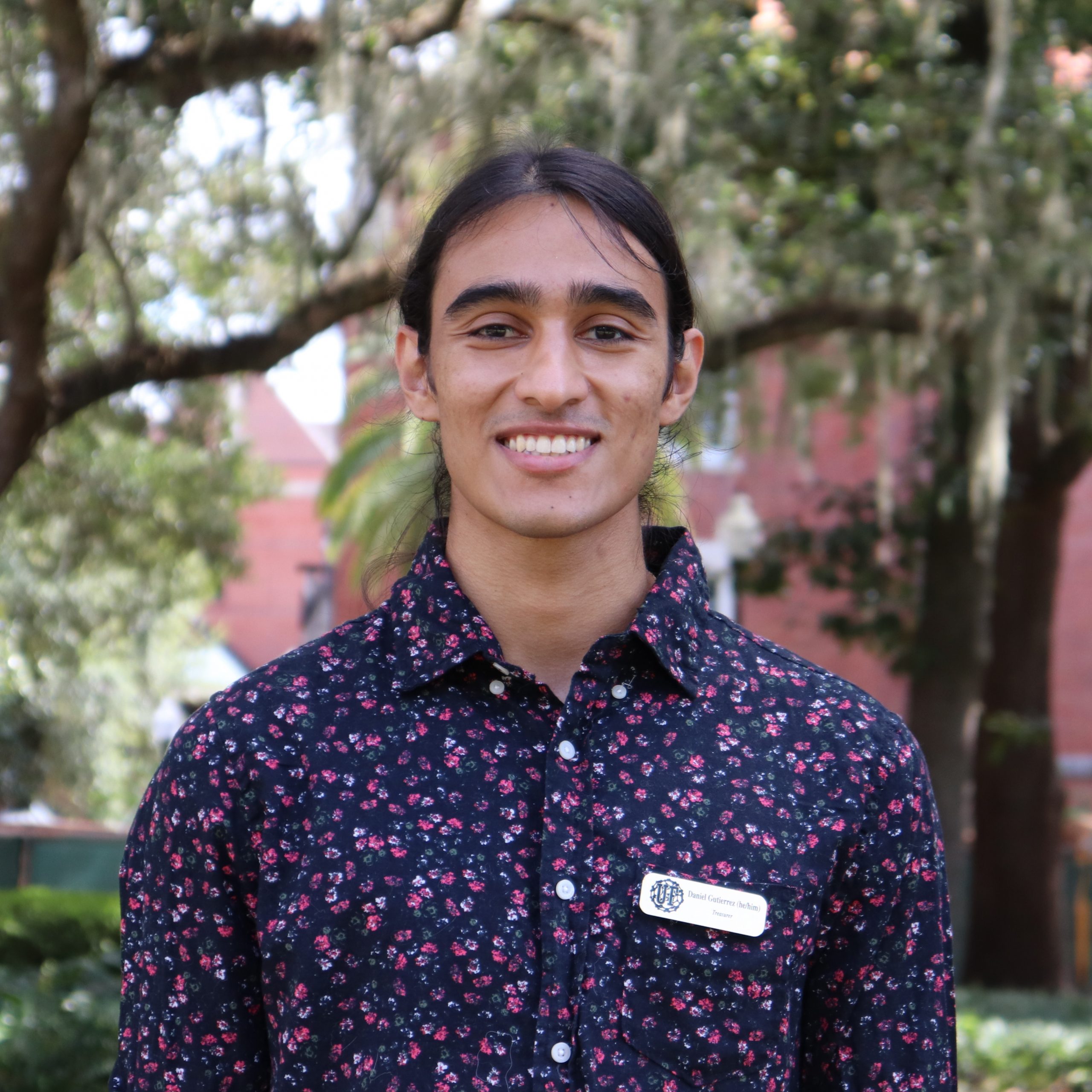 Daniel is a fourth year Biology major with minors in Chemistry & Spanish from Sanford, FL. He plans to get lab experience and then apply to medical school. Daniel’s free-time activities include: reading, gardening, and leaving his friends prank voicemails. He stays active with breakdancing, soccer, and track & field. He also built his bike from scratch. Daniel joined Chem Club to meet fellow chemistry students and his favorite part of the club is the GBMs. 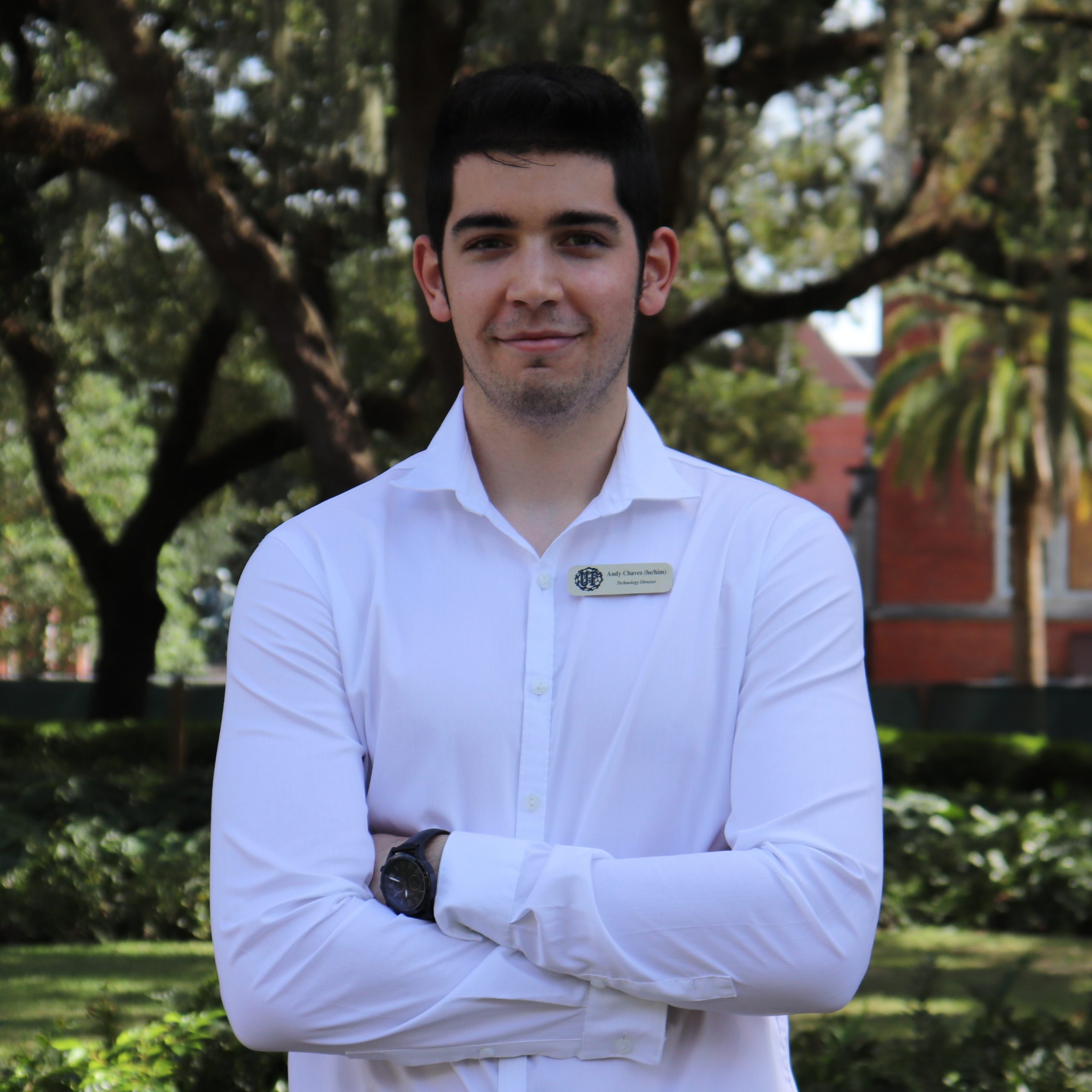 Andy is a second year biochemistry major from Matanzas, Cuba. He likes to play the piano, exercise, learn Russian, program, and read. He also likes editing websites and updating information. He wants to study neurology in the future. Andy investigates neural aspects of behavior-related processing of sensory information using data analysis with MATLAB. He joined Chem Club because of his TAs from CHM2047 and stayed because of the quality of its members and board. 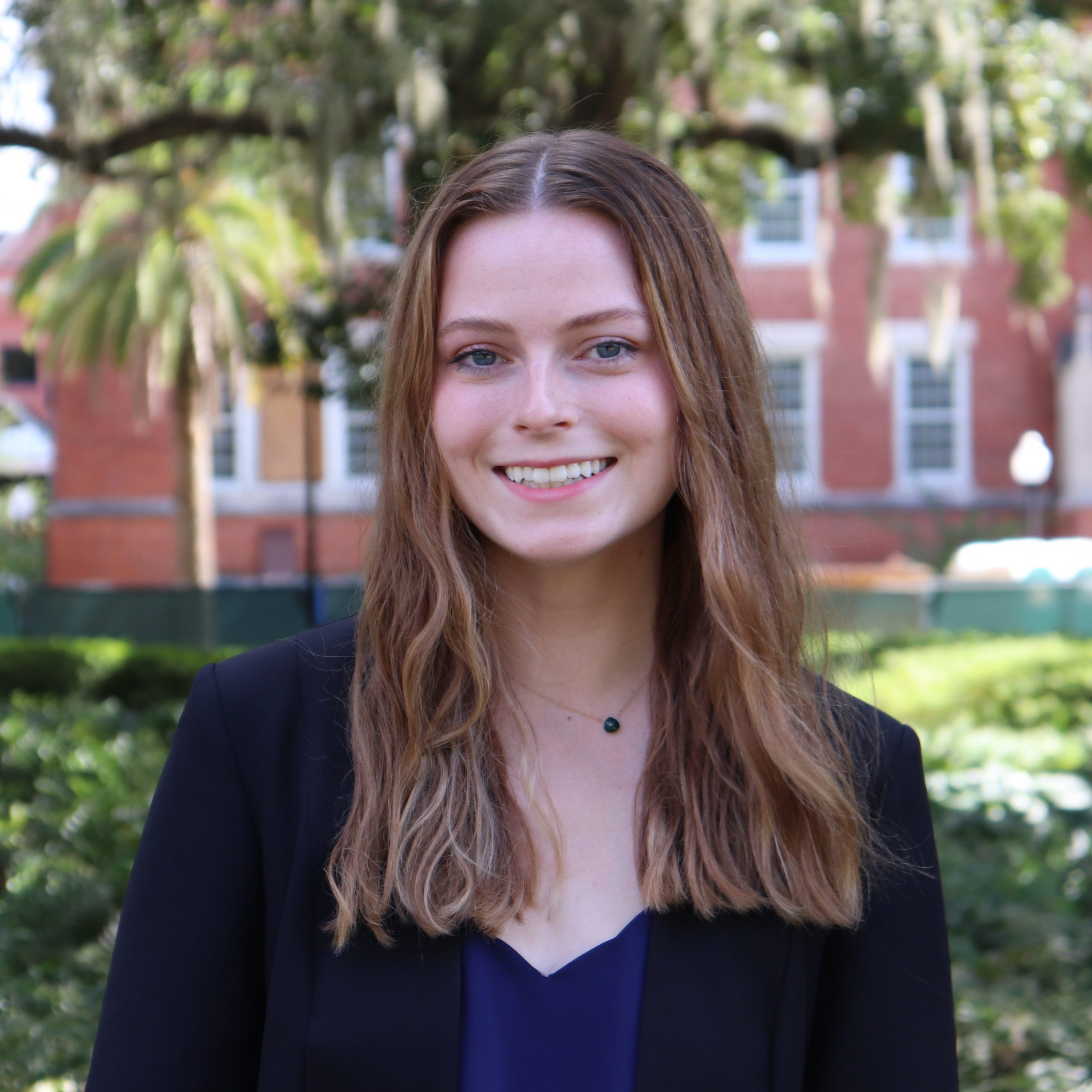 Rebecca is a fourth year double majoring in Mathematics and Spanish from Palm City, FL. She plans to go to law school to study with a focus on international law. She likes to read, paint watercolor, and cuddle with her dog, Basil. Rebecca is also an undergraduate ambassador for UF Student Legal Services. She joined because of her TAs for CHM 2047 and stayed because Chem Club makes science fun and accessible for all. 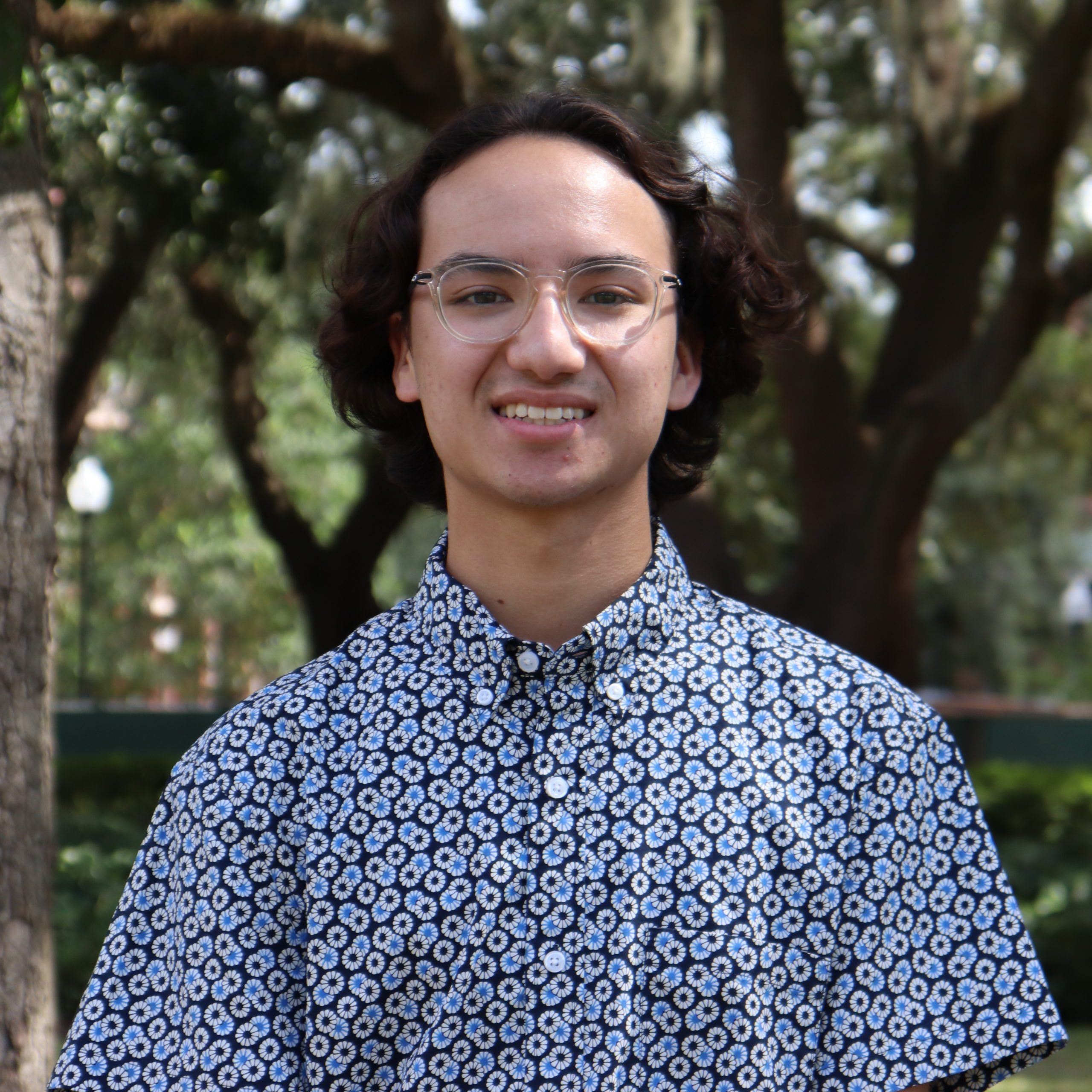 Anton is a second year Biochemistry major and Political Science minor from Jacksonville Beach, FL. He is in between going to medical school or going to graduate school in Chemistry. Anton is an avid golfer, surfer, and bodyboarder. He also likes reading and playing video games. Anton is involved in the APSA Sunrise Movement and in Pi Sigma Alpha, a political science honors society. He joined Chem Club to make a difference in UF and the greater-Gainesville community through collective action. 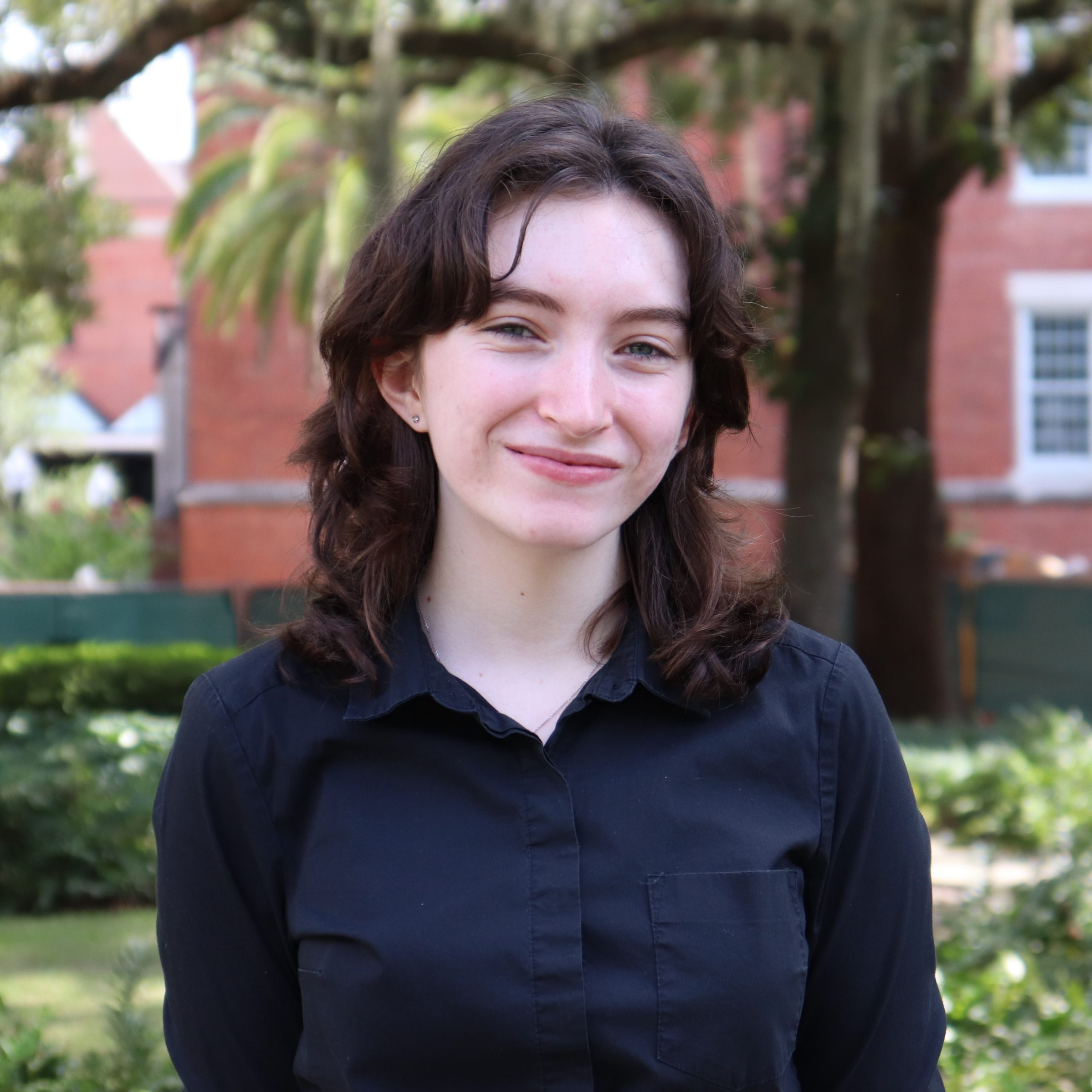 Maeson is a first year Biology major from the Central Florida area. Some interesting facts about Maeson: she likes to read, go on walks, and says she has a horrible sense of smell. Maeson joined the Chem Club because she likes Chemistry and likes how relaxed the club is. 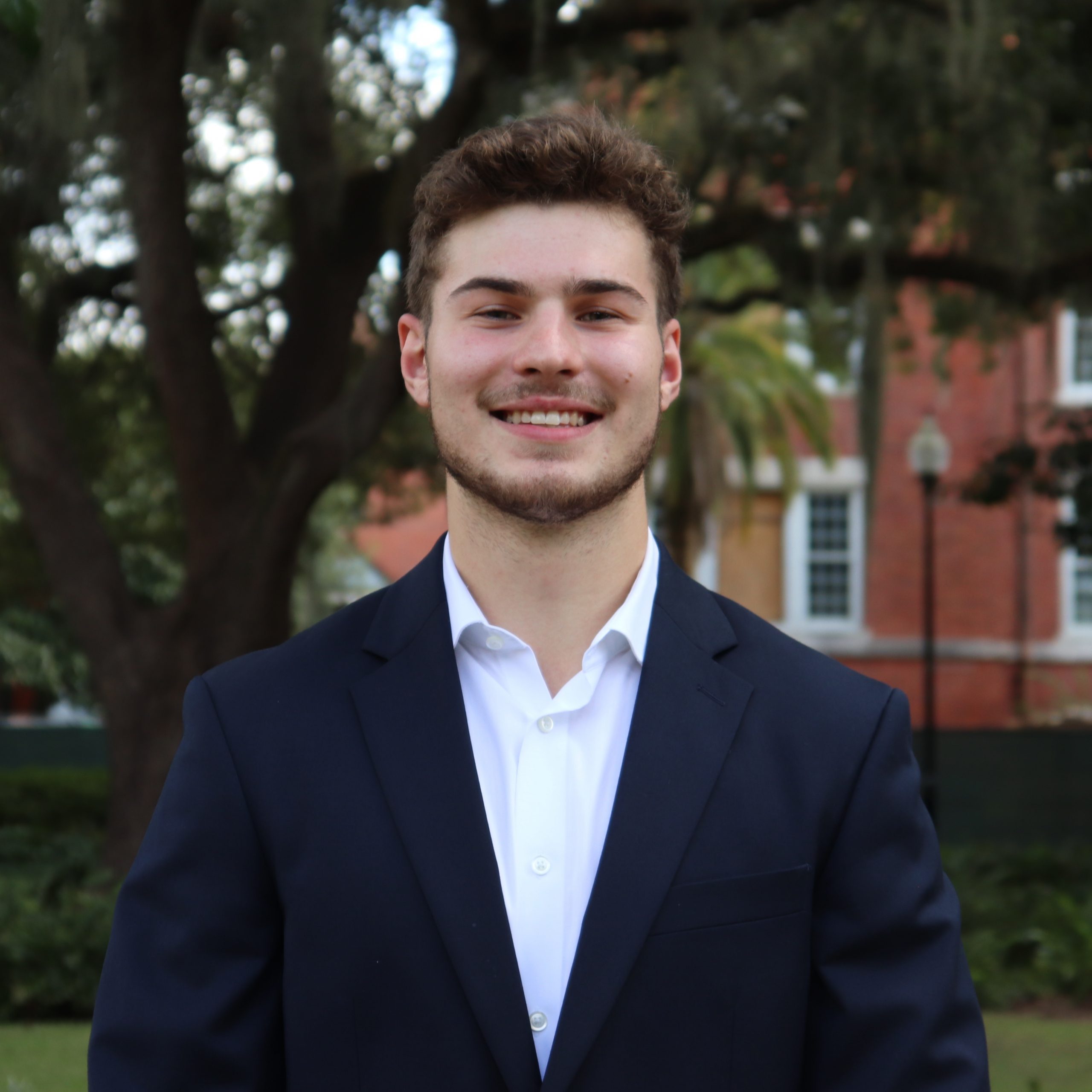 Reed is a third year Biochemistry major and Business Administration minor from Tampa, FL. He plans to go to EMT school and med school after university. Reed likes skiing, country music, learning about space, running in the Ben Hill Griffin stadium, and watching sports and YouTube. He researches at the McKnight Brain Institute, is a TA for a first responder course, and also volunteers for Meals on Wheels and Project Makeover. Reed enjoys applying Chemistry to the real world and joined Chem Club because of the passion for learning that its members have. 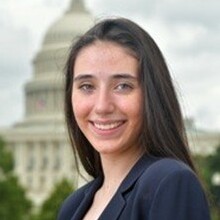 Valerie is an Economics and French double major with a minor in Philosophy from Miami, FL. She wants to work for the United Nations. In her free time, Valerie bakes, plays guitar, makes TikToks, and volunteers. Valerie is an RA for Broward Hall and a volunteer for the Mentor and Leadership Program of the Hispanic Student Association. She joined Chem Club for the outreach program because she likes to volunteer and interact with little kids; she became an Outreach Chair because she wanted to get more involved with the program. Fun fact: Valerie auditioned for America’s Got Talent! 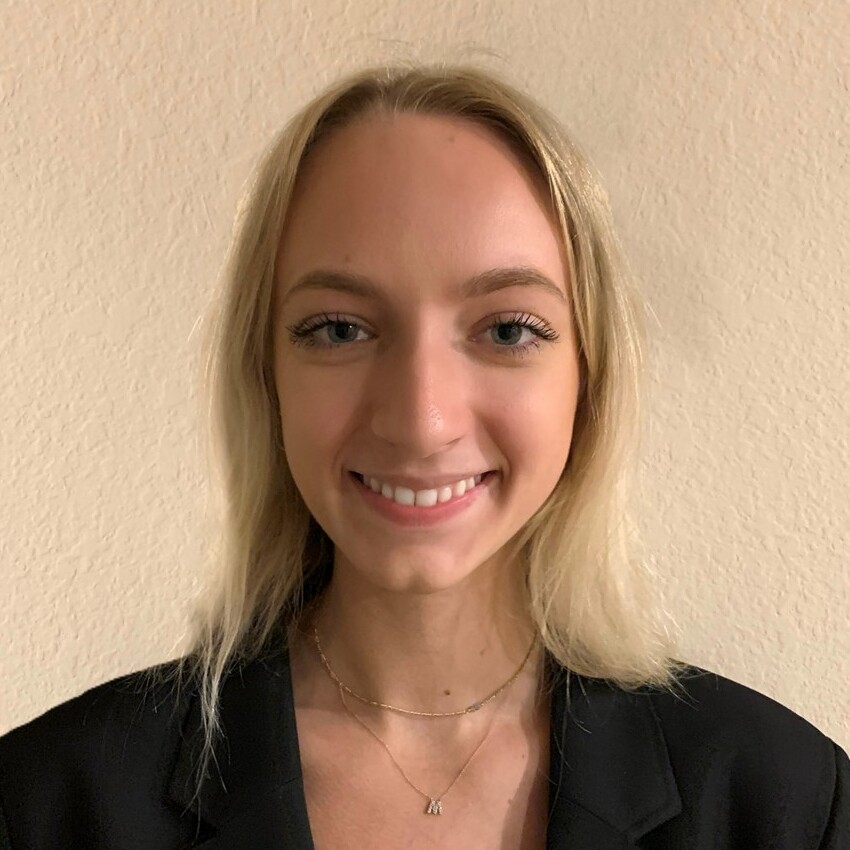 Morgan is a third year Biochemistry major and Sociology minor from Orlando, FL. She plans to become a researcher and/or professor. Morgan loves to paint and watch movies. She is also involved in a Panhellenic Sorority. Morgan Joined Chem Club because the events are fun, she learns about Chemistry just from being in the club, and everybody is incredibly welcoming. 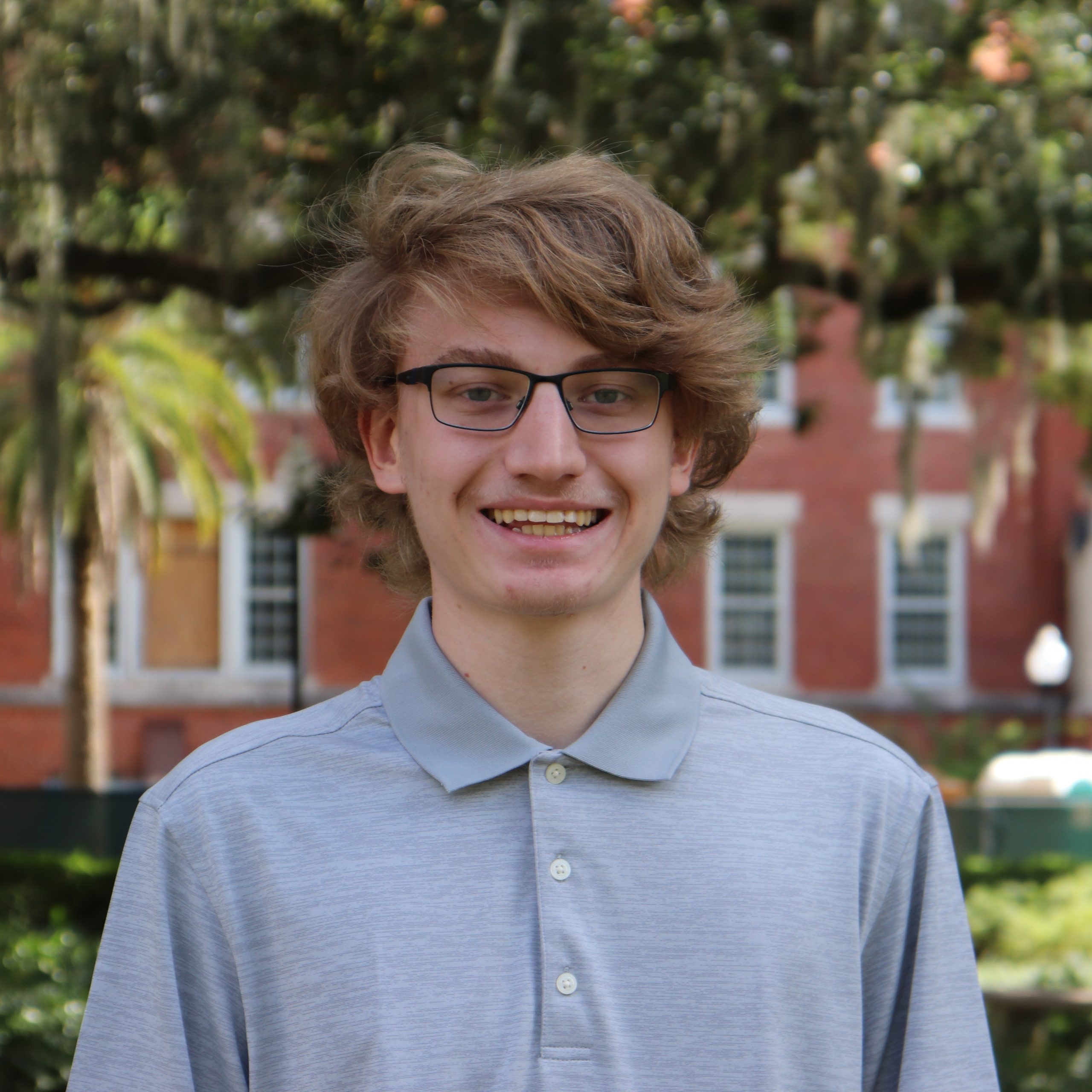 Robert is a second year Biochemistry major from Boca Raton, FL. He plans to become a researcher studying the intersection of Biology and Chemistry and has in interest in Biochemistry and drug development. Robert likes to watch Marvel movies and play video games; he also recently started gardening. Robert is also involved in the improv club. He joined Chem Club to learn more about different fields in Chemistry and his favorite experiences have been interacting with members who are passionate about Chemistry. Fun fact: his birthday is on New Year’s Eve. 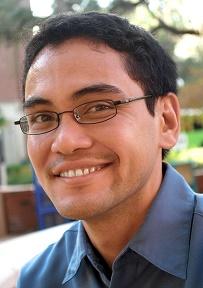 Dr. Leslie Murray is an associate professor, and research faculty member in the Chemistry Department at the University of Florida. Dr. Murray received his Ph.D. in Inorganic Chemistry from the Massachusetts Institute of Technology and was a postdoctoral researcher at UC Berkeley. His research group focuses on the design and synthesis of multimetallic complexes with multiple reactive centers; by using synthetic methods similar to those seen in biological systems, it is possible to facilitate previously challenging reactions. The Murray group’s research has applications in renewable energy and food production. 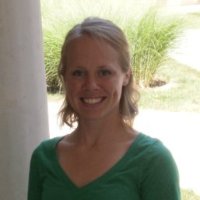